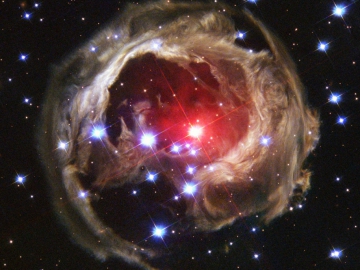 Astrophysics is a branch of physics. In the early stages of this very old natural science, the term astronomy was initially used. Nowadays, the terms astrophysics and astronomy are more or less used interchangeably. The differen­tiation between astronomy and astro­physics is therefore primarily of a historical nature, and is almost irrelevant today.

Generally speaking, astrophysics is about exploring the universe, its formation and development, and the physical laws that govern it. The individual thematic and research areas are as diverse as the phenomena and processes that occur in the universe: for example, research is not only conducted on celestial bodies, such as stars and planets, but also on entire galaxies and massive cosmological structures. This discipline also encompasses solar winds, the behavior of gases, magnetic fields, gravitational waves, black holes, astro­particle physics and many other research areas.

A number of approaches exist in astro­physics: for a start, a whole host of instruments are used to observe the sky. These observations are then compared using physical-mathematical models. Using supercomputers to conduct complex calculations, astronomers can simulate the development of the universe, from the big bang to the present time. Moreover, researchers use analytical theoretical models to make predictions on physical conditions and processes in the various components of the universe, and their interactions.

Introduction to the topic: studying astrophysics

Those wishing to study astrophysics – a narrow branch of physics – must first have a broad scientific basis, usually in physics or mathematics. For this reason, astrophysics is not offered as an in­dependent Bachelor program in Germany, but as a Master’s program in “Astrophysics” or “Astronomy”.

Astrophysics within the Bachelor program in Physics

A number of German universities offer astrophysics or astronomy as an element or specialization within the study of physics. At the University of Potsdam, astrophysics is introduced in the Bachelor program in Physics. In the course of the program, students can opt to specialize in astrophysics. They then attend courses and an Astronomy Laboratory, and complete their Bachelor thesis in the field of astrophysics.

Astrophysics as a Master’s program 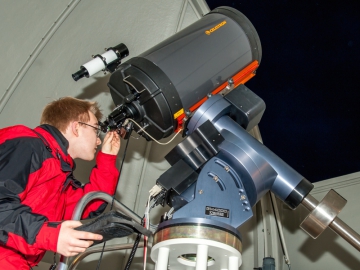 An astrophysics degree qualifies graduates to enter a whole range of professional fields. Many graduates pursue an academic career, and start working at a university or non-university research institution in Germany or abroad. Potsdam offers an excellent work environment for scientists, thanks to the research performance of the Astro­physics Network, and the four institutes’ international involvement.

Astrophysicists who choose not to pursue an academic career can also work in industry, where they develop materials, machinery or instruments, for example – often in microelectronics or the optical industry. Their scientific background and knowledge of mathe­matics and physics make them highly employable in the free economy, especially in the high-tech industry and in software development.

The analytical skills gained at university also enable astrophysicists to pursue a career outside industry, such as in consultancy or science journalism. Confident use of the English language is also a door-opener for opportunities abroad. 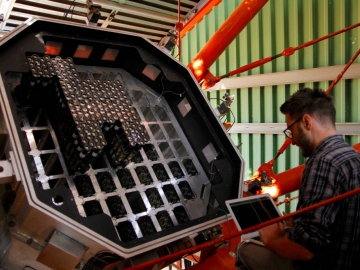