The biggest mysteries in Astrophysics

Astrophysics involves issues that are fundamentally connected to our understanding of the world and our existence, i.e. some of the greatest issues of mankind. Due to the infinity of the cosmos, we will never be able to measure it in its entirety or reconstruct it experimentally. For this reason, astrophysics is dependent on physical and mathematical models that are based on, proven by, or called into question by observations. On this page, we will provide a brief introduction to a number of basic issues explored in modern astrophysics. Scientists can conduct research into all of these issues at the institutions of the Astrophysics Network in Potsdam... 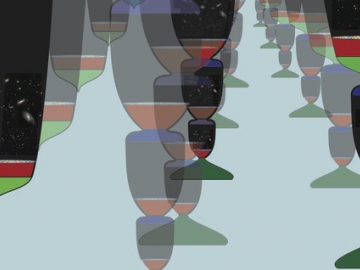 How was the universe created?

In 1927, the theologian and astrophysicist Georges Lemaître described his deliberations on the creation of the universe from a singularity as the “primeval atom”. When Big Bang occurred, the density and temperature of the universe must have been infinitely high. Observations by the astrophysicist Edward Hubble, which demonstrate that our universe is expanding, support the Big Bang theory.

Today, the Big Bang model is an essential building block of the standard model of cosmology. By observing the cosmic microwave background, radiation in the microwave range – also referred to as the “echo of the Big Bang” – astronomers can now look into the past of the universe, back to a time shortly after the Big Bang. But what did it look like before the universe was transparent to radiation? What effects did the Big Bang trigger? Did another universe exist prior to ours? Answers to these questions will hopefully be provided by a new, unifying theory of Quantum Gravitation that combines Einstein’s General Theory of Relativity with the theory of quantum physics – a new “Theory of Everything”. Gravitational waves can provide insight into the opaque universe.

In Potsdam, researchers at the Max Planck Institute for Gravitational Physics (Albert Einstein Institute, AEI) explore these theories in addition to detecting and interpreting gravitational waves. Astroparticle physicists at DESY are involved in tracing neutrinos from the early universe. At the University of Potsdam (UP), researchers investigate the first generations of stars. Cosmologists at the Leibniz Institute for Astrophysics Potsdam (AIP) are engaged in simulating the development of large-scale structures in the expanding cosmos. 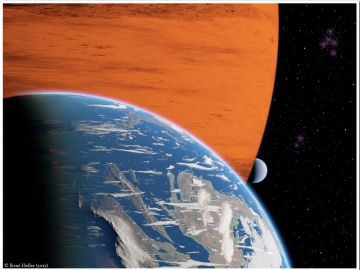 Are we alone? The search for life in space

The search for other civilizations, or at least traces of life in the universe, has preoccupied generations of astronomers and non-astronomers alike. It is not long ago that an extrasolar planet, “exoplanet” for short, was detected for the first time. Exoplanets are planets beyond our own solar system that rotate around another star – not the sun. A lot has happened since then: over 2,000 exoplanets are now known to us. However, only very few of them are “habitable”, i.e. potentially able to sustain life. After all, in order to create conditions that are hospitable to life, the planet should not be too hot or too cold, for example. In other words, it needs to be at exactly the right distance from its parent star. Potential candidates for sustaining life are not only planets, but also exomoons (see image on the left).

Scientists continue to actively search for exoplanets and traces of life by undertaking sky surveys and campaigns such as NASA’s Kepler Space Telescope. Potsdam’s astronomers are also involved in this issue: for example, AIP’s PEPSI spectrograph at the Large Binocular Telescope in Arizona, USA, also seeks to identify biosignatures of exoplanets in the spectra of stars. 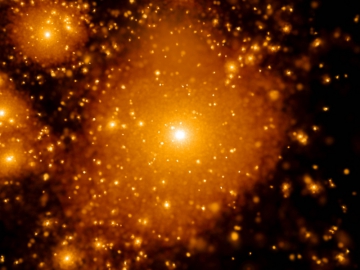 Only around five percent of the matter-energy content of the universe is made up of “conventional” (=baryonic) matter, i.e. the atoms and molecules from which stars – and humans – are composed.

Back in the 1930s, astronomers who had been observing galaxies in galaxy clusters discovered that the galaxies were moving so fast that they should actually have broken away from the cluster: their mutual gravitation was far too small to keep them stable in the galaxy cluster. On the basis of these observations and other similar findings, astronomers inferred that, besides visible luminous matter, there had to be another “dark” matter whose gravitational force influences the orbits of cosmic objects and light. They now know that there is five times more dark matter than “normal” baryonic matter in the cosmos. Nevertheless, the nature of dark matter remains a mystery.

The structures of Dark Matter in our Milky Way, in other galaxies and in the large-scale distribution in the cosmos are explored at AIP and UP and compared with the distribution of stars, dust and gas. Astroparticle physics, a key research area at DESY, may also be able to provide an answer to the nature of dark matter.

The cosmos in figures: 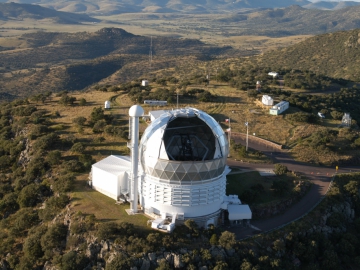 Dark energy and our cosmic future

Besides dark matter, another even greater unknown exists in the universe: “dark energy”. In today’s understanding, some 70 percent of the universe is made up of an energy field that drives apart the universe at an accelerating rate, a kind of “anti-gravity”. In the absence of this power, the gravity of existing matter would actually slow down the expansion of the universe in the long run. In contrast, the existence of dark energy implies a cosmic future in which the universe will expand at an ever-increasing rate forever.

In order to uncover the mystery of dark energy, it is important for scientists to be able to better identify the different constituents of our universe consisting of baryonic matter, dark matter and dark energy. Cosmologists at AIP, for example, explore these issues from a theoretical perspective. Observers at AIP and UP seek to determine the distribution of distant galaxies in space and time so as to draw conclusions on the nature of dark energy.