Gravitational waves: the discovery of the century 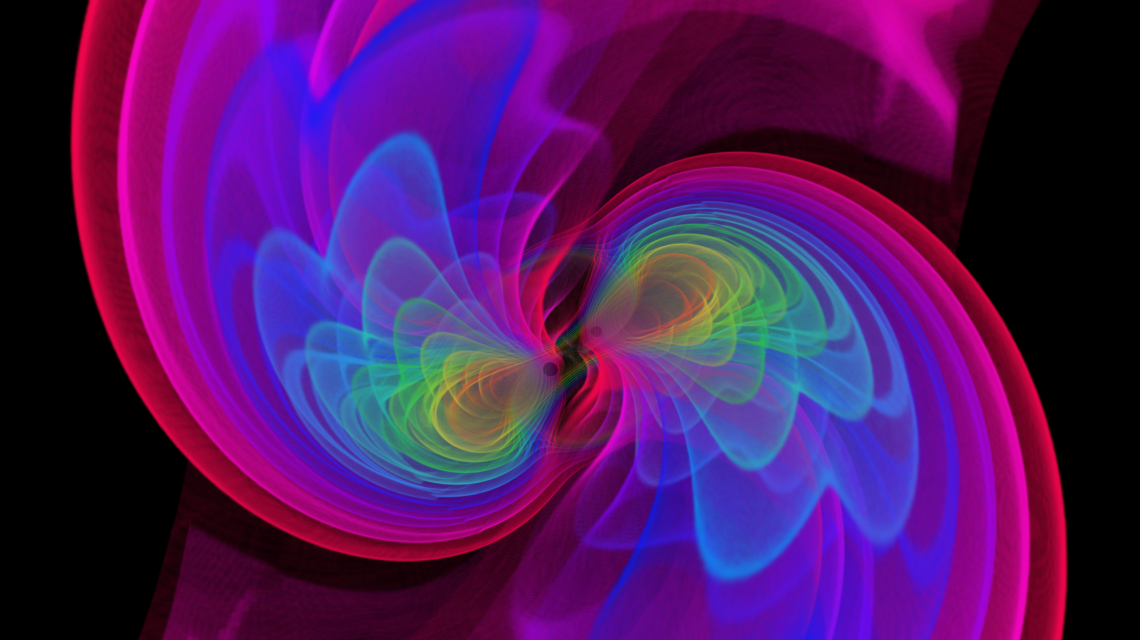 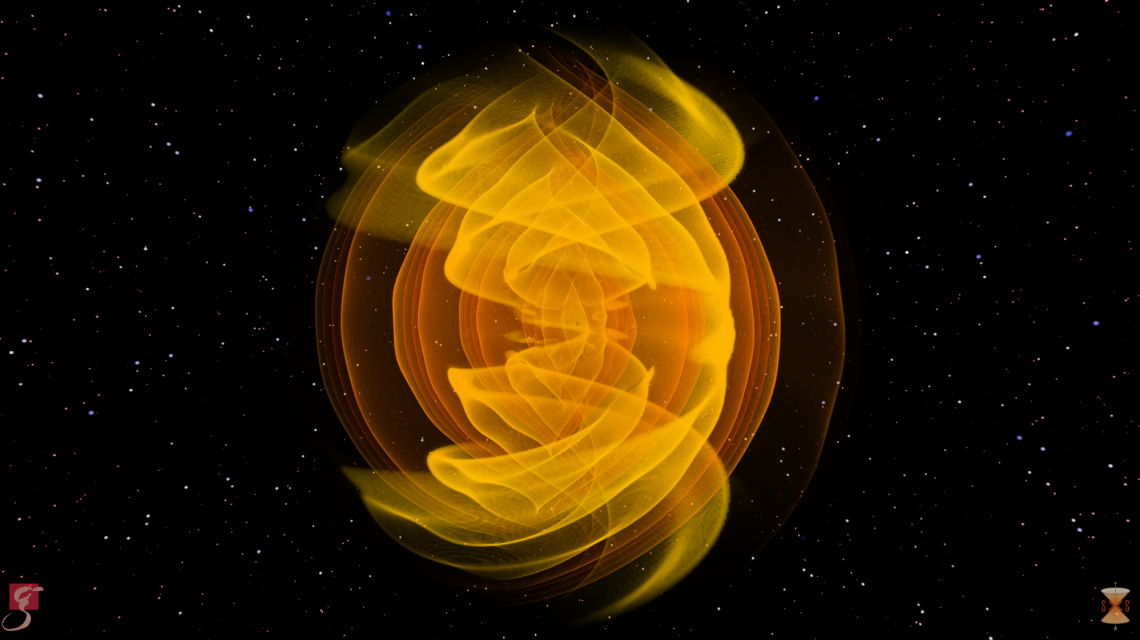 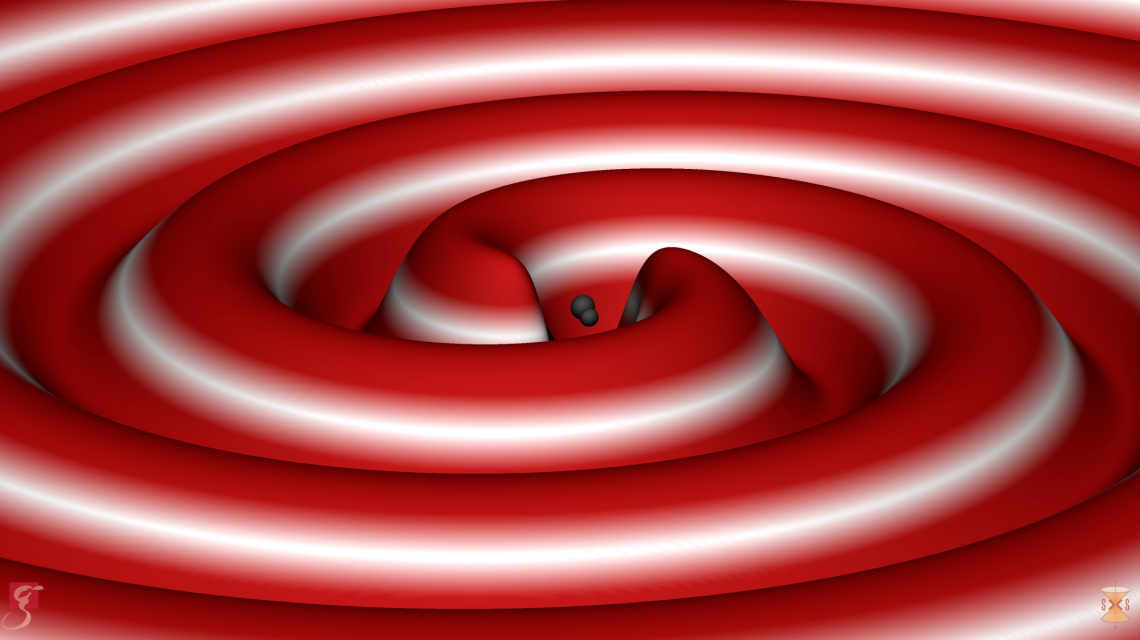 One hundred years after the theoretical prediction by Albert Einstein, on September 14, 2015 scientists have detected for the first time a gravitational wave passing through the Earth emitted by a binary black hole merger. Researchers at the Max Planck Institute for Gravitational Physics (Albert Einstein Institute, AEI) in Potsdam have contributed significantly to this discovery. 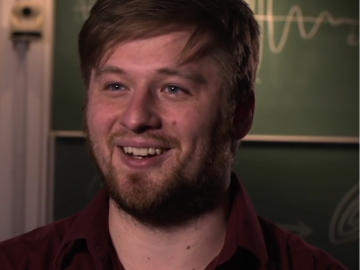 I started working at the AEI in Potsdam on September 15, 2015 and, basically, right in the morning when I started, Professor Alessandra Buonanno revealed to me that there has been a possible gravitational-wave detection. Of course I was thunderstruck — I mean: this was my first day at work and I had just joined the LIGO Scientific Collaboration! Almost right away I was asked to produce a numerical-relativity waveform that would reproduce the parameters of the event.

Serguei Ossokine, postdoctoral scholar and scientific programmer at the AEI in Potsdam since September 2015

What are gravitational waves?

Gravitational waves are ripples in the fabric of spacetime. In Einstein’s theory of general relativity accelerated masses deform the spacetime geometry in their neighbourhood. Those deformations propagate away from the source at finite speed in form of waves whose oscillations reflect the temporal variation of the matter distribution.

When emitted by astrophysical sources like merging black holes or stellar explosions, gravitational waves can change kilometre-scale distance between mirrors hang by wires at the extremity of an interferometer cavity by a ten thousandth of the diameter of a proton (10-18 m). After many years of work, in the Fall of 2015 the detectors have reached a level of sensitivity at which they can measure gravitational waves.

The first observation of the “Gravitational Universe” has ushered in a new era in astronomy and fundamental physics. 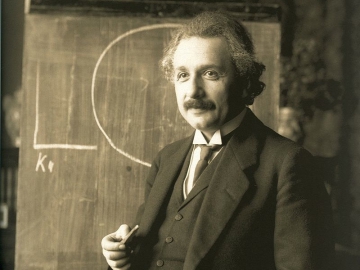 The two detectors of the gravitational-wave observatory LIGO (Laser Interferometer Gravitational Wave Observatory) are located in the US states of Washington and Louisiana. At each site, a laser beam bounces back and forth along four kilometre long L-shaped vacuum tubes to very precisely monitor the distance between mirrors at each end. This enables to measure the tiny squeezing and stretching of space induced by a passing by gravitational wave. LIGO is able to measure minimal spatial distortions of the size of 1/10,000 the diameter of a proton! It is as if we were to determine the distance to our closest star within an accuracy of less than the diameter of a human hair.

AEI researchers have made significant contributions to the measurement, observation, and interpretation of gravitational-wave signals. A key research area in Professor Buonanno’s “Astrophysical and Cosmological Relativity” department at the AEI in Potsdam is the development of highly accurate gravitational waveform models. These waveform models are implemented and employed in the continuing search for binary coalescences in LIGO and Virgo data and are crucial in detecting and analysing the gravitational-wave signals. The division uses the waveform models to infer astrophysical and cosmological properties of the sources, and test General Relativity in the highly dynamical, strong-field regime. 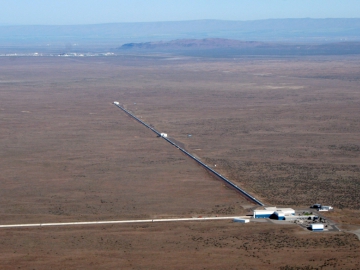 How to get involved in gravitational-wave research?

The search for the most promising sources of gravitational waves — binary systems of black holes and / or neutron stars — requires detailed knowledge of the expected signals. Scientists working in the “Astrophysical and Cosmological Relativity” division at the AEI develop sophisticated analytical and numerical methods to solve the Einstein equations and predict highly accurate templates. Waveform models are also used in searches and follow-up analyses to infer the properties of the sources, allowing us to extract unique astrophysical and cosmological information from the observed signals and test general relativity in the strong-field regime.

Two examples of young researchers being involved in gravitational-wave research: Dr. Andrea Taracchini, postdoctoral scholar at the AEI in Potsdam from 2014 - 2017, did his PhD under Professor Buonanno’s supervision at the University of Maryland and developed waveform models for binary black holes carrying spin. Those templates were used for the first observation of gravitational waves from a binary black hole merger. Serguei Ossokine, who had just moved to Potsdam from Canada as a postdoctoral scholar in September 2015, numerically simulated the black hole system observed by LIGO and compared the model to the measured signal. 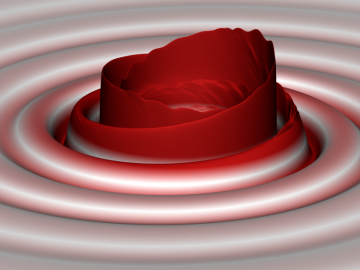 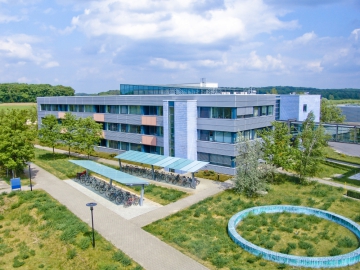 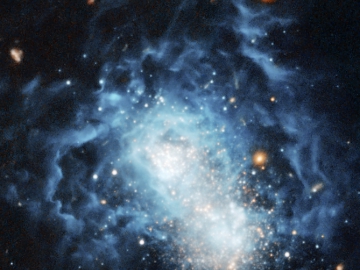